The iPhone 6 will be released later this year, we have a look at what it’s all about

Yep, the iPhone 6 is set to be released later this year and the internet is keen to get that drool hanging from your mouth. So have a watch of the extravagantly indulgent fan-made features trailer up above.

Right. What just happened? If you decided to read this instead of the video, firstly, thanks! But secondly, I don’t think there’s enough purple prose to really quantify what just happened to the theoretical iPhone 6.

Like some kind of Transformer, the 6 jettisons its ends, like a space-craft, and raises its screen to a sloping angle before projecting a holographic Macbook keyboard onto the table and a Macbook desktop onto the opposite wall. Seriously, I just watched this and still have no clue what that last sentence means. I think the iPhone 6 just transformed into a fully working, holographic pseudo-laptop…

Videos Of The Week #1 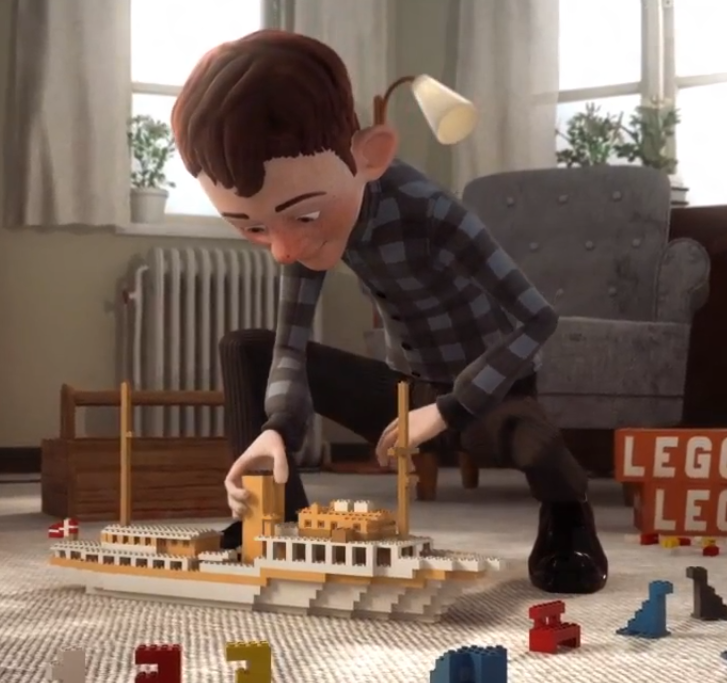 This is the first of hopefully many Videos of the Week, a collection of the best videos from around the web last week. In this post, there are only three videos, however I ask that you help out by alerting us to videos you think are worthy of a mention in the future.

END_OF_DOCUMENT_TOKEN_TO_BE_REPLACED

How To Survive A Robot Apocolpyse 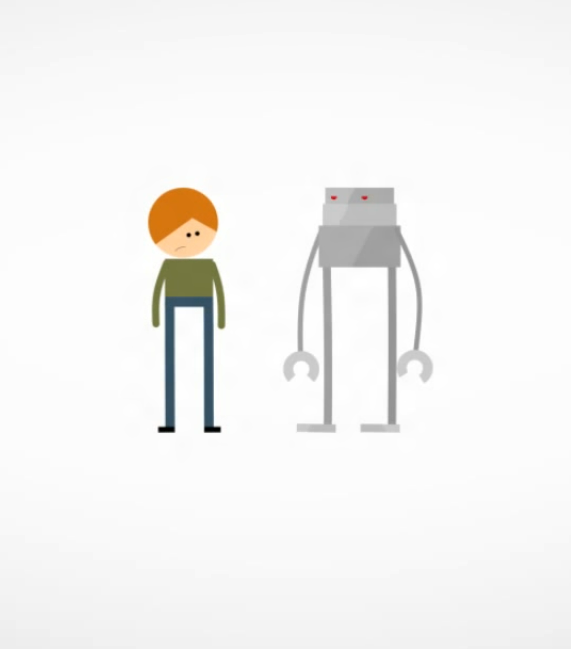 We’ve had enough guides on how to survive in the case of a disease, alien and zombie attack, but we are very unprepared for a robot outbreak, or ‘Robocopalypse’.

Fear no more, watching the video above will fully prepare you for any such event. And if not, feel free to add your Skynet jokes below!

Apple’s Tim Cook has openly admitted that he, and Apple has no plans to produce a touchscreen computer, but that doesn’t mean people can’t dream.

This iMac concept almost perfectly blends the line between iPad and Mac. The monitor, which can be folded down to use for drawings, features a slide-to-unlock log in screen, and uses a slightly edited version of the current OSX’s Launchpad user interface.

The long-awaited Siri for OSX is also a feature which would be very welcome if it were to be real.

All in all it’s a very good concept, even if it is a long shot.

Here on Geeks Have Landed, I have tried to keep away from the gaming articles. They often lack the style and presentation abilities that I look to go for on the site. However, I have decided that instead of being tempted to do gaming news etc, I will occasionally post articles highlighting the game, kind of  like a showcase. After I mention the game once, I doubt it will be mentioned here again, unless I decide to do video game reviews later down the line.

This is the first (of hopefully many) showcase articles I intend to write, this one focusing on the recently revealed Crysis 3.

By now, most of us are aware of how the game was revealed. Heck, 2-3 weeks ago we had just about no idea that there would be a third instalment, especially as it’s predecessor was released just over a year ago. Crysis 3 made it’s first appearance the the public in the form of a banner on Origin, EA’s own gaming network. An odd place for a title to be leaked, but this remains the case and shortly after, EA confirmed the upcoming title.

So what can we expect from the game? Well, CROSSBOW! That’s what the hype seems to be around right now. In the last two games, you character was bound to boring old guns and melee, with the occasional  joy of throwing a car or massive baked goods at the enemy. But in the third instalment, the protagonist’s main weapon would appear to be a crossbow, and a beastly one at that.

Early gameplay footage of the game shows that guns will be similar to the ones in Crysis 3, loud and with advanced scopes and attachments to make it feel like you really are in the near future.

Another feature which remains from the previous title is the setting – New York City, with one major difference being that it’s now covered in a jungle environment. The first Crysis was in a jungle, the second in New York, now Crytek have combined the two to make one super awesome looking jungle/city environment. Why has the city been transformed you say? Well the official story (on EA’s website) reveals that the city has been encased in a giant dome (do’h), and within it is 7 distinct environments.

Crytek have been pretty open about what to expect out of Crysis 3, something which is quite surprising this early on in the reveal. They have even listed the basic plot, read below;

There was a time that you had compatriots. You had team mates who you trusted with your life. It wasn’t so long ago that you were fighting for your country and the human race. Now you fight for the fallen. Now you get your revenge.

In the wake of the alien invasion, New York lies covered by a giant nanodome, hidden from the rest of the world A secretive military faction has set up shop in the ruins of the city. What do they want? Who are they? What have they found? Uncover their true motives and bring them down from the inside out. But as bad as they might be, they might be the least of your worries. The extraterrestrial threat still looms large over New York. The last time humanity tangled with this enemy they caught us with our guard down, but this time we’re ready. Stalk the canyons of the abandoned, ruined city in relentless pursuit of your prey.

This time we hunt them.

The graphics are certainly something that is going to be the main talking point in Crysis 3. Although they haven’t changed much since the previous Crysis, it’s still a game which other games are struggling to beat graphically, at least on console. By now you are probably beginning to realise that I have mentioned that there is a lot of things similar to the previous Crysis. This is because, after viewing the gameplay trailer, it looks like not a lot has changed. The gameplay seems the same, the graphics seem hardly improved, and it’s more of a follow up story than a brand new game. That said, this excites me. I loved the Crysis 2 campaign, and was disappointed when I completed it. To think that Crytek have expanded the story with the same amazing gameplay is something which I greatly look forward to playing.

Crysis 3 is due for release in Spring 2013, and we can expect to see a lot more gameplay footage until then. I won’t be doing any more articles on this particular game, but I will be giving my thoughts on new trailers on our Twitter page.

Coca-Cola is continuing it’s ‘Open Happiness’ campaign by setting up a vending machine in Singapore which gives cans of coke in return for a hug. It’s another of the many ‘Happiness Machines’ we have seen deployed by the company around the world since 2009.

The machine uses sensors to detect when it’s being ‘hugged’ and instantly dispenses coke. It also allowed multiple people to hug it at the same time, but only detected it as one hug.

If you haven’t seen it already, I’d highly recommend you check out the video of when Coca-Cola launched a ‘Happiness Machine‘ in London, it’s brilliant.

Whoever the first person to test this out was is a very brave person for doing so in public. 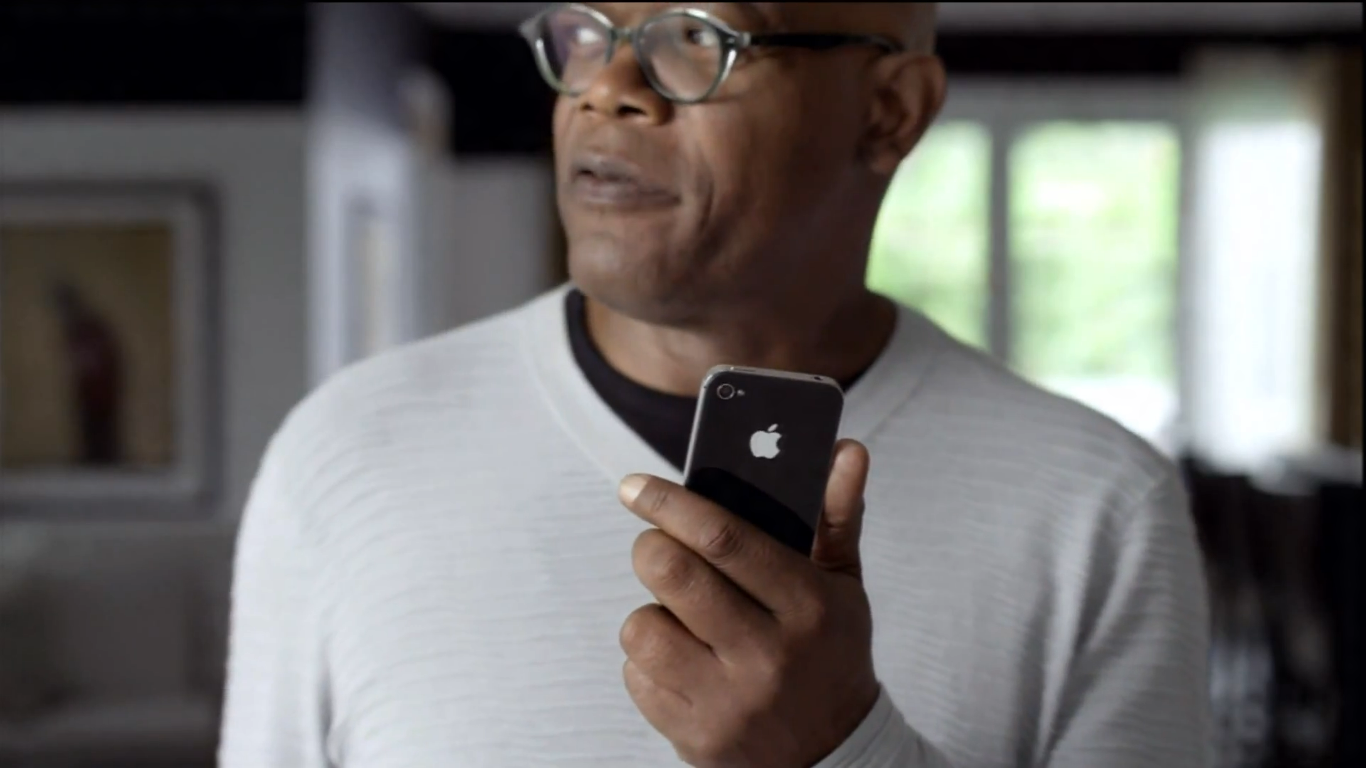 Apple have enlisted the help of two A-list celebrities to help in the marketing campaign of Siri, the voice controlled personal assistant.

Avengers Assemble star Samuel L. Jackson is seen using Siri to aid him in organizing ‘date night’, by showing him where to buy, and how to prepare ingredients for a romantic meal.

Apple have used Zooey Deschanel’s much publicized quirkiness in her commercial. She is shown using Siri to find out the weather (whilst looking out the window), selecting a song to dance to, and reminding her to tidy up….tomorrow.

Apple are yet to upload the ads to their YouTube channel, the ones above are recordings posted to the video sharing site shortly after they aired on TV in America.

Google really enjoy April Fools Day. The web giant is known for its pranks on April 1st, and recently announced Google Maps for the Nintendo Entertainment System. Google have released their second prank of the day, named Gmail Tap.

Gmail Tap is an addition to the iOS and Android Gmail application. The app update replaced the standard keyboard with two buttons, which is used the same way as morse code. You can even type two e-mails at the same time, having two buttons at the top, and two at the bottom.

What I love about Google is that they spend so much time making a brilliant looking product and video to advertise the product, even for a joke! Despite it being an utterly stupid idea, the video made the keyboard actually look great. One thing is for sure, I want to work at Google!

Watch An Elephant Use The Galaxy Note!

Samsung have been pushing the idea of ‘bigger is better’ into our heads by introducing the Galaxy Note. Many have asked if it is too big for average use, with Samsung themselves comparing it with a tablet in adverts. Well it turns out, Samsung may have just met the note’s perfect customer.

In this video uploaded by the Technivator, shows Peter the elephant selecting music, playing the keyboard, taking and viewing photos, and even using the stylus to draw a picture.

Why? Who knows. But it’s a very upbeat video which claims to use no effects or trickery, and even has videos to support that on their channel.