This is My Favourite iPhone 5 Concept So Far 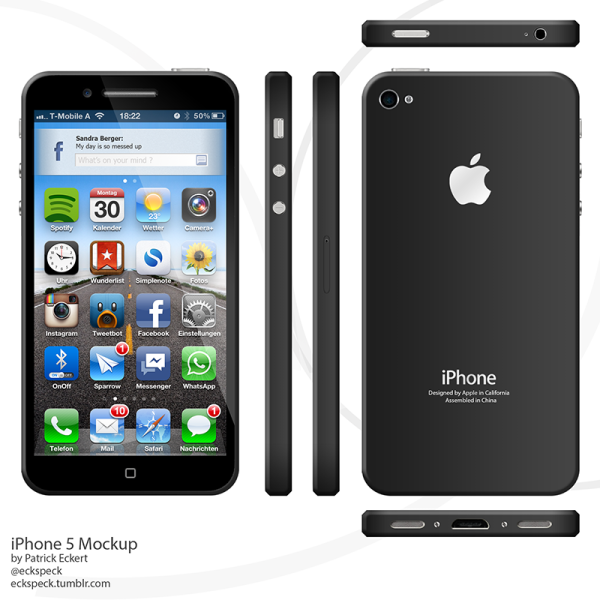 This is by far the best iPhone concept we have seen to date, with exception to the extremely unrealistic devices featuring liquid metal, 3D and Android Dual-Booting features.

The best thing about this concept is how the phone looks similar to the iPhone 4 and 4s, but has enough new features to rightfully be the iPhone 5, and not the iPhone 4S…..S.

The screen is bigger, and the phone is slimmer, but what I really like is the new operating system, probably iOS 6. The creator of this must be an admirer of Android, as he has introduced what looks like a Facebook widget onto the homescreen. I personally hope that Apple bring widgets to the iPhone, as in my opinion it’s one of the things that makes Android superior.