A recent update to the open source Chromium browser suggests that Google’s voice assistant could be making an appearance on desktop very soon.

END_OF_DOCUMENT_TOKEN_TO_BE_REPLACED 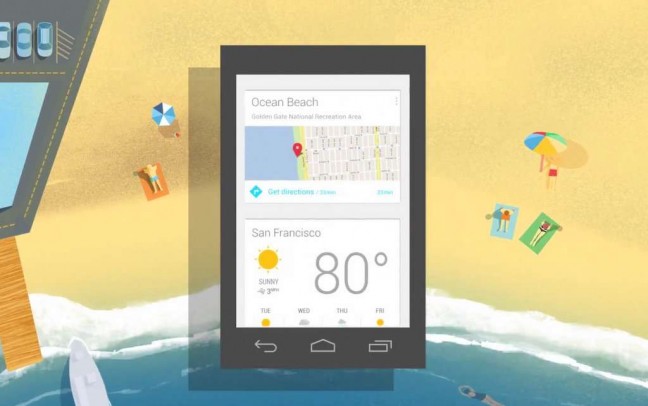 Google Now is arguably one of the most exciting features of Jelly Bean. It’s hard to resist the idea of an Android Siri alternative which, according to early reviews, blows Apple’s voice assistant out of the water. Luckily, developers are already hard at work to port Google Now to devices running Ice Cream Sandwich, and the early attempts are available to download now.

None of the ports have functioning voice recognition, obviously one of the main features which makes Google Now so exciting. However some results and user configuration options are working quite well.

It’s nowhere near the final product in Jelly Bean, but it’s a good idea as to what sort of thing you can expect. There are several problems which include network errors, force closures and trouble with the install.

Unfortunately, Jelly Bean looks set for a very slow roll out, meaning that many people will not get it for a very long time, if at all. Especially as it was revealed today that Ice Cream Sandwich is currently only on 10% of devices after almost 9 months on the market.  So if you are eager to get your hands on the goodies that come with Android 4.1, then you should definitely keep an eye on the XDA thread below.

To download, visit the link below and follow the download instructions. There have already been, and will continue to be updates each and every day. So be sure to read through the thread to make sure you have the most up-to-date version. I’ll be sure to write a new post when (if) a fully functioning port becomes available.