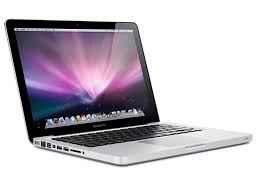 Solid-state drives and hard disk drives perform the same basic tasks in laptop computers. They write, store and retrieve information. The difference is that HDDs contain mechanical parts, such as a motor and a spinning platter. On the other hand, SSDs use flash memory chips. These devices work the same way as thumb drives, but they operate more reliably and quickly.

A major advantage of using a solid-state drive is that it will make a notebook PC run faster. For example, a computer with an SSD can boot about three times more quickly than an equivalent PC that has an HDD. Data fragmentation doesn’t affect performance; users never have to wait for a read head to change position.

Solid-state drives also enable laptop computers to open files, run programs and save data very rapidly. The fastest SSDs can transfer information up to 12 times more quickly than the best compact HDDs. However, most SSDs have top speeds that range from about 250 to 550 megabytes per second. Some 2.5-inch HDDs reach speeds as high as 150 MB/s.

An example of a very fast SSD is the 500 MB/s Samsung 840 Pro. The MacBook Pro contains a solid-state drive that transfers more than a gigabyte in one second. With the right controller, a few expensive units can read and write up to 1,800 MB/s. One of the fastest notebook HDDs is the Toshiba MK2035GSS. It holds 200 gigabytes and transfers as many as 150 megabytes per second.

Laptop PCs frequently face harsher temperatures and rougher treatment than their desktop counterparts. Although SSDs and HDDs may be equally reliable under ideal conditions, solid-state drives offer greater durability. Seagate and PC Magazine agree that the lack of moving parts makes an SSD more rugged. It may continue to perform well after someone drops a notebook computer.

To sum it up, most solid-state units run about two to seven times faster than their mechanical counterparts. They may last longer than HDDs in portable computers. Laptop owners also benefit from their minimal weight, low energy consumption and reduced heat output. Mwave has a fine selection of SSDs available on their website to choose from to enhance laptop performance. The only major downside is that SSDs cost approximately twice as much as comparable HDDs.