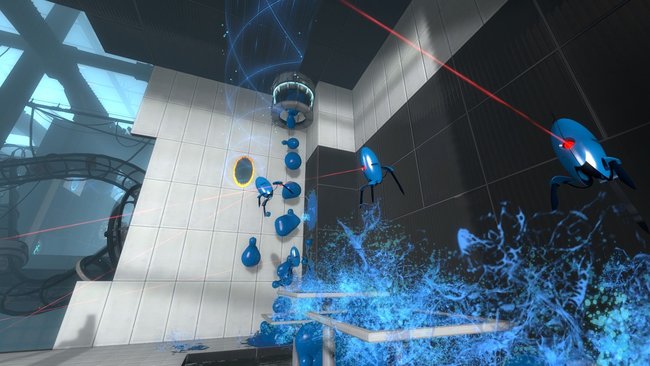 J.J. Abrams and Valve’s Gabe Newell have revealed that the two are discussing the possibilities of releasing a game together, as well as making a film based on either Portal or Half Life.

The announcement was made yesterday at the DICE 2013 Summit. The two appeared on stage and revealed that the two are thinking about the possibilities of releasing a game and film, and that conversations had ‘reached the point that we decided to do more than talk’.

When Polygon reached out to J.J. Abrams for further comment, he said ‘we are going to be bringing on a writer, we have a lot of very interesting ideas’.

This looks like it’s going to go ahead, and I can’t wait to see what the two come up with. Valve is probably my favourite game company, and both the games in question are my favourites. I can see a Half Life film having a much better plot and Hollywood style, but it would be really interesting to see how a Portal film would be done.