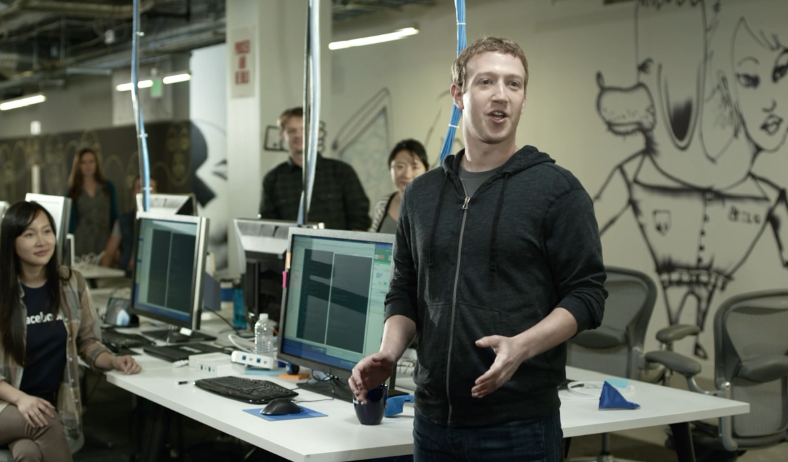 If the launch of Facebook Home yesterday made on thing clear, it’s that people have a very mixed view about Facebook. You either love it or hate it, and the same goes for the company’s founder, Mark Zuckerberg, who stars in this latest Facebook Home ad. During the short video, the ‘Zuck’ is seen congratulating his employees on the launch of the app. However, one of the people is using the app as he’s making the speech, and all sorts of crazy stuff starts to happen around the office, based on the activity on the screen.

It’s a neat little advert, but I really don’t like the angle Facebook are going for. It’s understandable to try and focus on the fact that it puts friends first, but in this and the ‘airplane‘ advert, it makes it seem like the app gets in the way and is a distraction from other things you need to do.