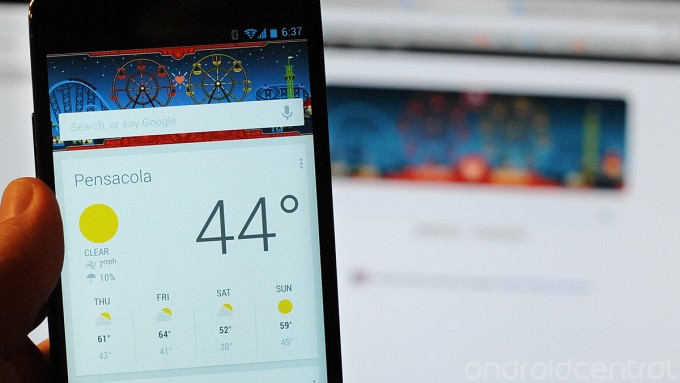 As I covered yesterday, an update to the Google Search app for Android brought a number of new features, including widgets for the home and lock screen. However I was unaware that, in some places, the image at the top of the Google Now app is replaced with the Doodle from Google.com.

Android Central first picked up on the new feature, as today some viewers can see the ferris wheel, which is today’s Valentines Day doodle. However, there is still some uncertainty as to how users can access the new features. From the comment section on the article, it appears that most people in America using Jelly Bean can see the doodle, however users in other locations still can’t. Including myself.