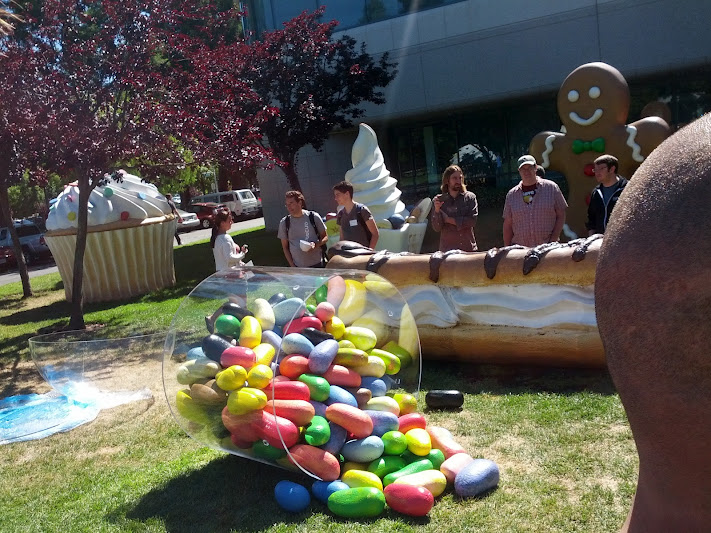 There’s an old tradition that Google have at their Mountain View campus. With each version update of it’s Android software, Google place a statue outside, based on the name of that system. Last year, an huge Ice Cream Sandwich was placed alongside a Gingerbread-man Android and a cupcake, each of which are early versions of the operating system.

Today Google have constructed the latest statue to coincide with the launch of Android 4.1 Jelly Bean which is due to be announced tomorrow.

The spilled jelly beans are the ultimate teaser for the next operating system update, which is becoming more and more popular as the year goes on.