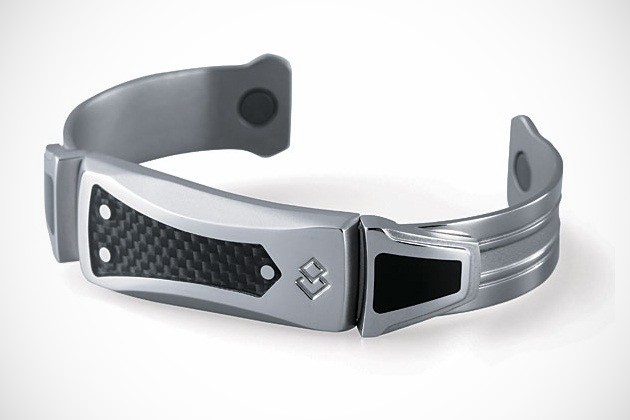 In the Avengers Movie, Tony Stark is thrown from a building without his trusty suit. He falls at an increasing speed towards the street below, and just when you think all hope is lost, a compacted Iron Man suit is jettisoned from Stark tower and is guided downwards locking on to Stark’s wrist bands, then assembling itself around the playboy protagonist saving his life.

If you haven’t seen the Avengers, here is a clip below. We see Tony Stark putting the bands on, but unfortunately the clip ends before he is thrown from the building.

Now you can buy a very convincing replica of the wristbands which played a part in saving the Avengers main man, and thus the entire Marvel version of Earth. And while you won’t be insured with the knowledge that a very futuristic metal suit is following you around, you can at least show off your love for Iron Man.