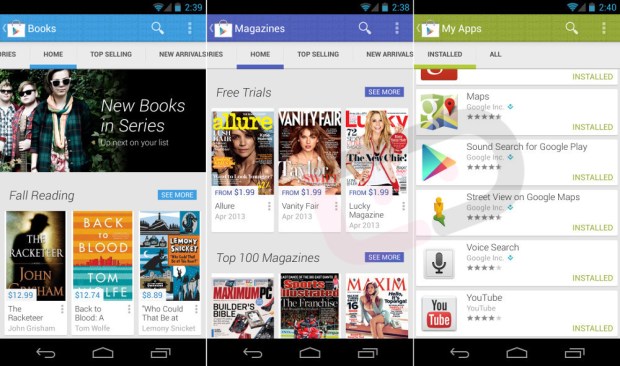 It’s been just over a year since Google re-branded the Android Market, naming it the Google Play Store. The new name also came with a new design, which after a few minor tweaks, has remained largely the same for the past year or so. Droid-Life have gotten their hands on the next big update of the Google Play Store, which has a new Holo design and incorporates the card layout which Google have been pushing since the release of Jelly Bean.

The leaked APK isn’t available anywhere at the moment, because the version in the video appears to be an extremely early build. With any luck, Google will release the new update at Google I/O this year, but it’s all speculation.