The Applications of Spectrometers 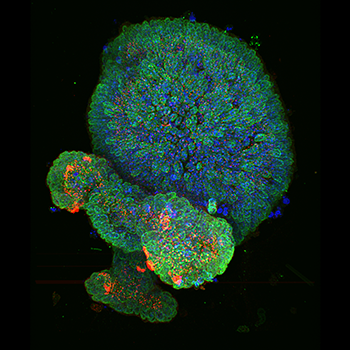 A spectrometer is a measuring device that looks at wavelengths of light over most of the electromagnetic spectrum. These devices, made by companies like Andor.com, are often used to analyse sample materials in a wide range of industries and applications.

The light coming from the source is absorbed into, reflected by or transmitted through the sample and the changes to the light that occur during this interaction with the sample can reveal the sample’s composition and characteristics.

The uses of spectrometers

Spectrometers are used in many industries and applications, including environmental monitoring, for example to measure dissolved oxygen content in water; looking at emission lines from distant galaxies, gas analysis in medical settings and space exploration.

These are devices that measure the concentration and mass of molecules and atoms in a sample by producing spectra from them. These spectra can reveal the elements, masses, chemical structures and isotopes within a sample.

They work by calculating the mass-to-charge ratios of the molecules and atoms in the sample by ionising them with an electric charge.

Mass spectrometers are useful here because they can be used to find out what sort of molecules and compounds are in a sample from deep space. We can’t travel very far into space at present, but we can tell what’s out there before we’re ready to go.

Mass spectrometers are also used in carbon dating so the age of once-living samples can be estimated to a fairly accurate degree. These devices are also useful in analysing radioactivity or toxic compounds in a contaminated area or air sample.

The different types of spectroscopy

Absorption spectroscopy works by absorbing light according to its wavelength. Sample molecules are excited by absorbing the light and reach higher energy states – the excitation is proportional to the light’s wavelength.

This is where the spectrometer measures the vibrations of the inter-atomic bonds of a sample material as it’s exposed to infrared light. These spectrometers can also be used to count the number of absorbing molecules in a sample.

Here, the inner electrons of sample atoms are excited by energy and when these electrons move into new levels within the atom, they produce x-ray fluorescence emission spectra that can be analysed.

In ultraviolet spectroscopy, samples are exposed to UV light and the electrons are excited by the light energy. The absorbance characteristics of the sample’s compounds can then by measured by analysing the excitation of the electrons. This method is useful for looking at chemical bonding.