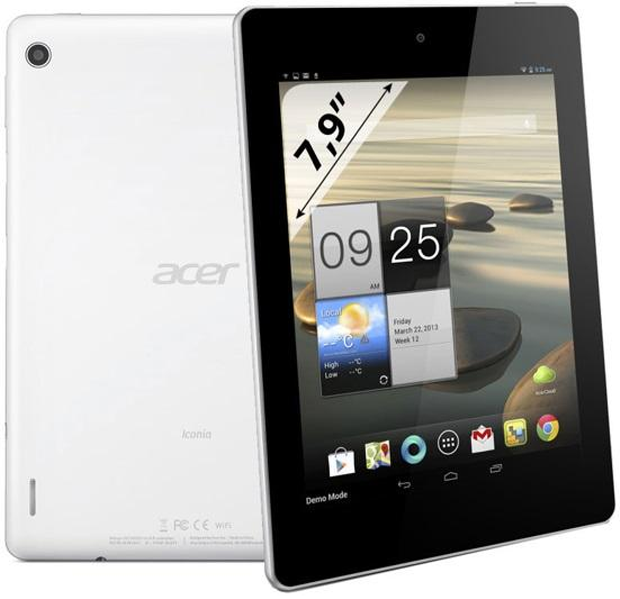 The A1-810 is said to be an upcoming device from Acer that at 7.9″ will be a competitor for the iPad mini.  Some of the specs that are just coming out state that it will pack 1GB of RAM, a 1.2GHz MediaTek MT8125 ARM Cortex-A9 quad-core CPU, and a 1024×768 IPS screen.  While the resolution matches that of the iPad mini, the Acer sports double the ram and a quad core vs dual core CPU.  It will also sport a VGA front camera with a 5MP rear camera which should come in handy with Google+ hangouts or skype video calling.

While it isn’t coming out for a few more months, Acer is also contemplating lowering its price point from $249 to $149 to help it gain traction in the competition against the big Apple.